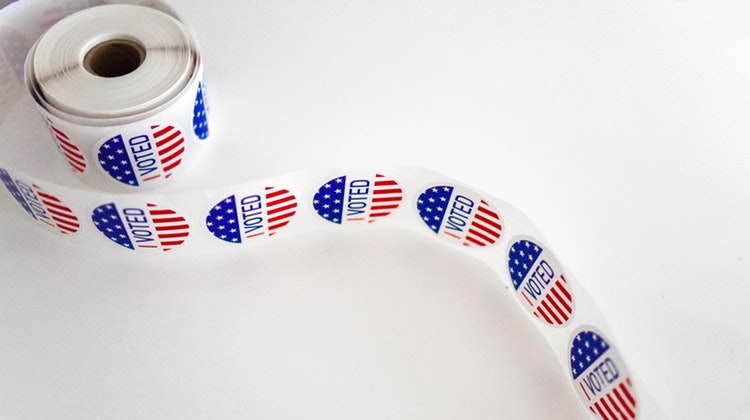 With the 2020 presidential campaign already underway, it’s now looking like social media is the platform of choice for candidates looking to reach as wide of an audience they can nationally. According to estimates from Kantar Media, during the first six months of 2019, candidates and special interest groups spent $37.6 million on Facebook ads and just $2.2 million on TV ads. President Donald Trump alone has spent $16.9 million on social media ads – more than $10 million more than his next closest competitor, Bernie Sanders. So why have presidential candidates decided to embrace social media during the 2020 political season?

Social media as the new platform of choice

There are two major reasons why candidates are spending their campaign funds on social media. The first reason is to shift the debate or narrative around specific issues. This explains, for example, why the Trump campaign seems to be spending so heavily on social media. At a time when the Trump White House insists that the mainstream media is not covering him fairly, and that cable TV networks like CNN are “fake news,” this actually makes a lot of sense. Social media offers a relatively low-cost, high-impact way to reach specific audiences without the massive cost of running TV ads. With Facebook ads, for example, you can micro-target according to geography or specific interests.

The second major reason to spend on social media, of course, is to grow your base. While it’s easy to argue that America is extremely polarized right now (you either love Trump or you hate him), there are still a lot of “undecideds” out there. These are still people who identify as political moderates or independents, and who really don’t buy into the partisan politicking by the Republicans or Democrats. Social media ads might be one way to bring these folks into the fold.

Why haven’t Democratic candidates ramped up their social media spend?

That’s why it’s so hard to understand why more Democrats aren’t spending heavily on social media. According to Kantar, the Sanders campaign has only spent $6.2 million on social media ads. His next closest challenger in the Democratic field is Joe Biden, at just $1.8 million. Other than Kamala Harris ($1.6 million), all of the other contenders in the presidential pack – including Elizabeth Warren, Tulsi Gabbard and Cory Booker – seem to be ignoring the power of social media entirely.

So what gives? While there have been rumors swirling around various campaigns that they are almost out of money and having trouble raising new money from new donors, the amount of money being spent here is not really all that much. By way of comparison, candidates are expected to spend a whopping $3.2 billion on broadcast TV ads and another $1.2 billion on cable TV ads in 2020. So, $1 million in 2019 to build momentum for next year seems like a drop in the bucket compared to those numbers. If top Democratic candidates can’t even afford $1 million on social media ads when the field is wide open for anyone to surge ahead, are they really going to be able to afford the $1 billion or so that will be needed to go head-to-head with President Trump in 2020?

Heading into what is shaping to be one of the nastiest, most partisan election seasons in some time, it will be interesting to see how the various social media platforms respond. Twitter, for its part, has already said that it won’t be accepting political ads. That leaves Facebook as the new “battleground state” where candidates will look to win the hearts and minds of voters. That also means that the 2020 election could be won or lost on social media.