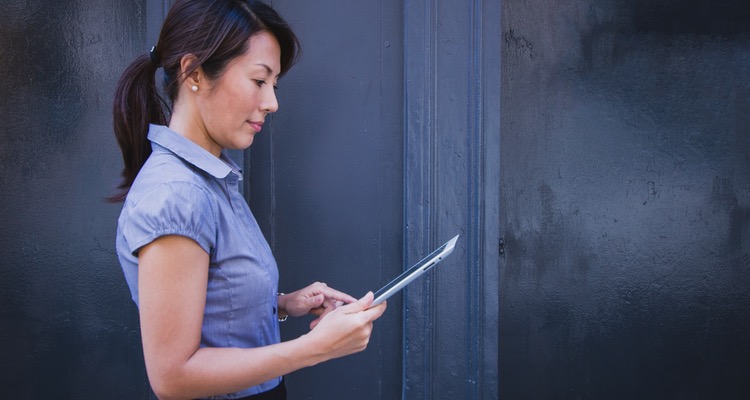 While one of the biggest marketing blunders in history was the White Star Line advertising the Titanic as “unsinkable,” today’s top mistakes in the profession are more likely to happen in the digital realm.

In his book Chief Marketing Officers at Work, the CEO of digital marketing agency MWI Josh Steimle met with some of the most powerful CMOs in the business — whose insights could help other marketers avoid common marketing pitfalls. Via in-depth interviews, the CMOs of Expedia, General Electric, Target and Lane Bryant share some of the mistakes that they’ve made, or seen other CMOs make.

Build Teams To Sift Through The Noise

Former Chief Marketing and Strategy Officer of Expedia David Doctorow believes that marketers should be cautious when following their competitors as it could be like the blind leading the blind.

“In today’s world, with the massive amount of change that’s happening outside, CMOs could get caught simply following others, whether that be competitors or channel partners of one kind or another, who have new placements and advertising opportunities. If you’re really pursuing and listening to all those things, in some cases, you’re chasing noise,” he said.

As for Linda Boff, the CMO of General Electric, she said it’s all about balance in order to counteract the on-the-job pressure that some chief marketers experience.

“There’s pressure to come in, make a mark fast, and show short-term growth over long-term strategy and results. You need to do both. You need to have a strategy and put points on the board. That can be a bit of a vicious cycle. That’s a challenge and a pothole. Showing that you can add value and not be the shiny tactician but rather be the strategy partner is a challenge. In some ways, marketers have never been better suited to do that, but it can be a challenge,” she said.

As a marketer, there’s the expectation to have enough foresight to stay ahead of trends but there’s also that prevailing fear of failure. Boff advises marketers to face that fear head on and to also think lean.

“It’s a challenge to be a fortune-teller. For marketers, the opportunity to define what’s new, what’s around corners, what’s next, and where we’re headed is a great challenge, but you need to do it in a way that’s thoughtful and lasting. At the same time, there’s this idea in The Lean Startup 4 , the Eric Reis book. There’s an opportunity to iterate, and in iterating, sometimes that means you fail,” she said.

“How do you talk about failure in a way that is instructive to the organization, that is about learning, iterating, and moving fast? That’s a challenge. Marketers can lead the way in that, but it takes being brave and intrepid to do it. Nobody likes to talk about failure.”

Spend Resources On Testing And Experimentation

For others, the problem is spending too much time looking within instead of drawing inspiration from the outside world.

“ The mistake CMOs make is probably the mistake that businesses make, which is being too internally focused as opposed to being externally focused on who you’re serving and what the competitive landscape holds. It’s easy to just do your job and keep your head down and forget what’s happening around you,” said Jeff Jones, former EVP and CMO of Target.

Another common pitfall, Jones pointed out, is not spending enough resources on testing and experimentation as that kind of approach to work keeps marketers on their toes.

“If you’re not doing both of those things, you’re probably making a mistake. CMOs that put their arms around their function and keep people out and draw silos and boundaries as opposed to helping people understand marketing’s role in driving growth, in creating value that attracts people to you, are also making mistakes,” he said.

Stay True To Your Brand’s Principles And Values

In this social-saturated age, all marketers have to consider working in an unpredictable, unruly environment.

“As you try and embrace social media, sometimes, you fail to anticipate the response in an environment that’s not as controlled. Brands and marketers are so used to working in an environment where they control the creative, they control the message, they develop it, they communicate it, they outline it, and then they project it where and how they want. Sometimes you want the social space to behave with those same rules, and it doesn’t,” said Brian Beitler, EVP and CMO of Lane Bryant.

He remembers running a Twitter chat where consumer tweets turned out to be a lot more aggressive than anticipated. As Twitter chats are live and in the public sphere, Beitler said that “the mistake was not in engaging with the customer in social media, it was in not being fully ready for the conversation.”

The social world is constantly evolving, but Beitler advises brands to stay true to their underlying values — even when the consumer is fickle.

“Some of the best brands on the globe have remained true to their core principles and values even as the world has changed around them. Brands like Apple and Nike have had positions for a long time and have not changed those positions as the consumer has changed but maybe changed their approach on how they convey those core principles and their core values,” he said.

Beitler continued doling out sound advice, urging marketers to avoid being distracted by the latest tools and tech that are yet to be proven to deliver return for the business.

“Five years ago, there was incredible talk about how social and mobile commerce were going to be the next thing. Many brands ran and chased and spent millions of dollars investing only to arrive there and find very little return from that effort, because even though those technologies emerged and people embraced them quickly, not all parts of their behavior move at the same pace,” he said.

“It’s easy to see a technology and desire to try to get ahead of the technology and to go faster than the consumer goes and to over-invest with relatively low return on that investment.”